↓
Home » The Araucaria Tree in the Algarve 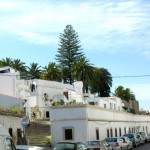 Araucarias are very attractive. They can be found in parks as well as on many Portuguese properties, large or small.

Compared to smaller properties, Araucarias often looks like giants in the front yard. Anyone who thinks that the plants were not the size and growth of the family Araucarias belonging conifers was thought to be wrong, at least for the Portuguese.

It is said that Araucaria have the rank of beloved single children in Portuguese. Instead of changing color, deciduous trees, symmetrical, well-growing, frugal and few polluting Araucarias are preferred.

The evergreen tree is not an endemic tree.

How did the Araucaria get to the Algarve?

Araucaria are native to Argentina, Chile and southern Brazil. Other Araucariasn are common in New Caledonia, the Norfolk Island, Australia and New Guinea.

The German botanist, geographer, zoologist and explorer Eduard Friedrich Poeppig introduced the Araucaria in Europe. What is not clear, however, is that we owe Archibald Menzies the Araucaria araucana, known as the Chilean Araucaria, Andentanne or Schuppentanne.

The Araucarias found in the Algarve are also likely to be Chilean Araucaria, as they are not susceptible to frost, unlike other species.

Araucaria can grow up to 30 meters and more. Due to fossil finds, the age of these trees is dated to 50 million years. Araucaria is one of the oldest tree species in the world.

Araucaria has several deep roots. The lower branches are thrown off after about a hundred years and the trunk becomes visible.

In Chile, the Araucaria was often beaten as lumber due to this long and straight trunk and thus greatly reduced. As a result, trafficking in Araucaria is now prohibited and they are listed as „rare“ on the Red List.

Although we know Araucaria in the Algarve as tall trees, they grow very slowly. They reach an old age, so that there are still 1’300 – 2’000 years old copies.

Only after many years, approximately in the 30th summer, the flowers appear, which are dioecious distributed.

Cylindrical cones hang on male Araucarias, while the female flowers stand out in conspicuous, upright, spherical cones about 15 cm in size, which disintegrate after one to three years and drop the ripe seeds.

They are up to four inches long, about two inches wide and edible.

What significance does the Araucaria have?

While the Araucaria in the Algarve, as in the whole of Portugal, graces the garden as a special jewel, it has a religious significance in its homeland in Chile and served as a source of food for indigenous peoples.

Among the Pehuenche, the natives of southern Central Chile, she is worshiped as a mother. It is asked for a good cone harvest as well as for a long life for children and the elderly.

A midsummer ceremony will gather around a perfectly grown Araucaria, a magical bridge between Earth and the universe.

Where do you find beautiful specimens of Araucaria in the Algarve? 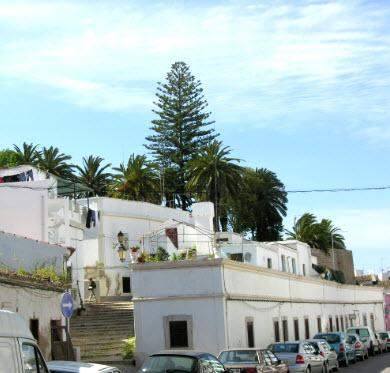 Eyes on it says in the Algarve, because again and again beautiful Exepmplare can be found as in the garden in front of the Igreja Matriz in Loulé, already widely visible or on the INUAF grounds, between the castle and the town hall.

A particularly beautiful specimen can be found in Monchique. The Araucaria of Quinta da Vila was classified as a tree of public interest due to its shape.

You should not be fooled by some tall Araucarian on the coast, behind which hide only mobile phones antennas!