↓
Home » What are Tremoços – Or the yellow Algarve Snack 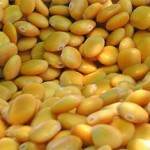 What are Tremoços – or yellow snack in the Algarve! In the restaurant, bar or café they are often served as an aperitif or snack instead of peanuts: the tremos, small, flat and round, reminiscent of yellow smarties.

Tremoços are the cores of the white lupine (Lupinus albus), which belongs to the group of the butterfly plants as well as the peas, peanuts, chickpeas and broad beans among others.

In Central Europe, lupins are mainly known as ornamental plants and wild plants, which are valued as bee pasture and soil conditioner, whose seeds, however, contain poisonous bitter substances. 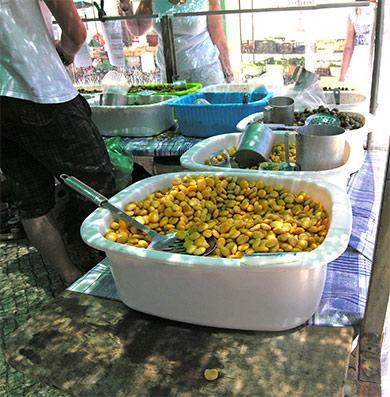 However, it is also available as a fodder plant and as a vegetable plant like the Tremoços in Portugal.

Tremoços – just a snack in the Algarve?

Depending on the species, the Tremoços are native to North America or the Mediterranean. Lupins were grown 82% in Australia in 2005, followed by Chile, Russia, Poland and France. Portugal produced about 11 tonnes of about 1.2 million tonnes.

Ecologically, they are becoming increasingly important as they have a high pre-fruit value and make the use of nitrogen fertilizers superfluous.

As food more and more important ?

As the legumes of Tremoços are among the most nutritious food crops in the world, their demand is steadily increasing today

What is served in the Algarve as a yellow snack for beer is becoming more and more important as food, especially for vegetarians and milk allergy sufferers.

But not only because lupins are not only lactose free but also gluten free, cholesterol free, purinarm, have a low glyx value, have a lot of vitamin B12, vitamin E, antioxidants and many minerals.

This makes them ideal for a cholesterol-free, low-fat, yet full-bodied and protein-rich diet.

The fact that lupins are purin-poor compared to other legumes and meat also makes them interesting as food for rheumatic diseases. 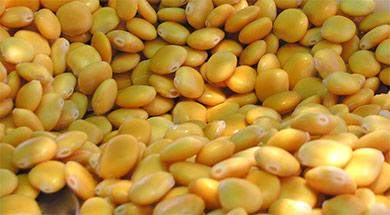 The food industry produces a variety of foods such as vegetarian sausages, pasta, sweets, pastries and spreads.

Back to the snack of the Algarve

The harvested lupines are cooked and preserved in brine. They can also be used in oil with oregano.

The tremoços, often referred to as „marisco dos pobres“, „seafood of the poor“, on average have only 1/6 of the calories of other snacks such as peanuts or French fries.

Well then, time for tremoços and a cold beer!