↓
Home » Thermal baths and mineral springs of the Algarve 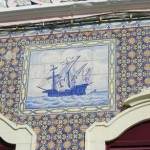 If one speaks of sources and spas of the Algarve, then the name „Caldas de Monchique falls in the Monchique mountains of the same name. It is especially popular with young people and families and is recommended for respiratory and musculoskeletal disorders. The spa has been expanded.

Are there any other healing springs in the Algarve?

In the Algarve, there are a number of former popular baths and mineral springs. Some have been closed like the small spa „Fontinha da Atalaia“, which today is the restaurant of the sailing club of Tavira.

Although some baths are no longer used as such, they are nevertheless an interesting destination for excursions and hikes in the Algarve. 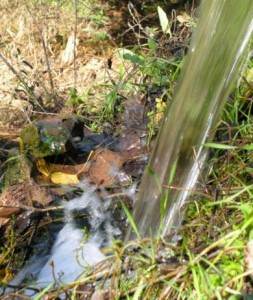 Well-known thermal baths in the Algarve

Águas da Fornalha (Monchique county, Alferce municipality)
After the village of Fornalha (from Monchique) and before Cortes in the direction of the reservoir of Odelouca. After the bridge follow the path, left hand, along the river.

Thereby the river has to be crossed in three places. Then it is about 800 m of the gorge along uphill.

There, the abandoned buildings are like the warm spring, whose water was once used for rheumatism, skin diseases and liver diseases.

After one kilometer there is a parking possibility. A small path (about 200 m) leads to the simple bathroom installations, which are closed and to the source.

The water is said to help against rheumatism, skin diseases and promote digestion.

Other baths in the Algarve

Olhos de Água (Albufeira county)
The fishing village is named after the small springs whose escaping water is reminiscent of eyes (pt. „Olhos“) and whose water is said to alleviate skin diseases.

On the western beach, a sign points to the fresh water springs, which are visible only at low tide.

Fonte Santa da Quarteira (Loulé county)
On the road between Quarteira and Almancil you will find these mineral springs. The water that was once used for gastrointestinal diseases as well as skin ailments is now considered contaminated.

Olheiros or Águas da Taboeira (Olhão County, Fuzeta Municipality)
The spring is near the train station. In the past, laundry was also washed there and the locals took the water home for partial baths.

The water was only used externally for rheumatism and chronic skin diseases. It is not drinking water.